Peter Okoye of P square has come out to blast some of his fans who criticized him about the way he sat down during the visit of Dangote to his Ikoyi mansion.


The singer who recently marked his 35th birthday took the business magnate around his house as he discussed with him the amount of work that he has put into it.
He shared the pictures he took with his friends and Dangote. But his fans were very much particular about the one he snapped alone with the business magnate where he sat like a woman.


What does that actually matter or do the fans take him for a gay? Any way the music star did not take it lightly at all as he fires back by describing the talk as nonsense,” We talking money here you are talking nonsense”. 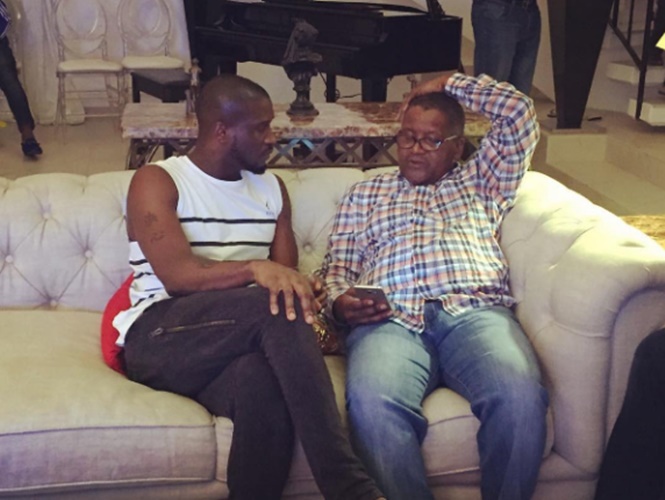